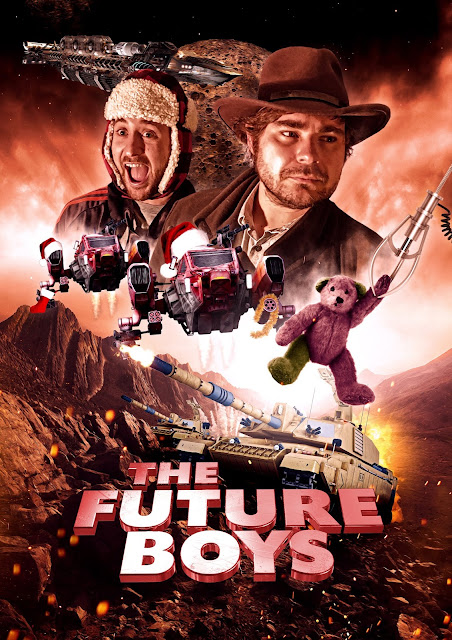 Bad Bat Books are pleased to announce that we're publishing our first novel - The Future Boys by Steve Jordan - on December 16th! It's currently available to pre-order for Kindle now!

Here's some words from Steve about the novel, and what you should expect from it.

"It will tell the story of the entire Future Boys saga (except Empire of Monsters, which is definitely its own thing). I’m re-telling the three original theatre productions - Dead Static, Pilgrim Shadow and King Chaos - plus the two audio episodes, and the stories of what would have been the other four episodes of the audio series - to make one glorious package."

Join Tyler and Gary on an epic adventure across the solar system - treasure hunting on Proteus, taking on an evil empire, and a series of perilous, ludicrous heists. The future of the galaxy is at stake - will they screw it up like everything else?